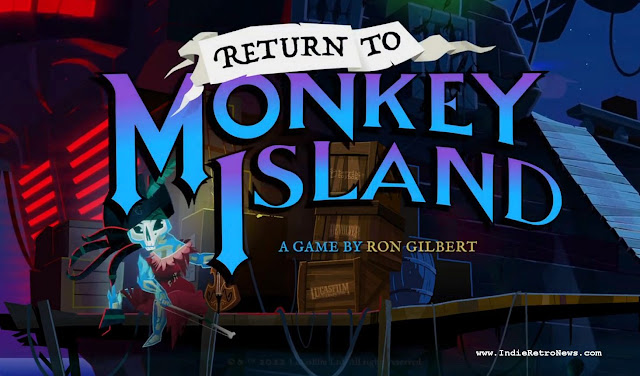 The Secret of Monkey Island was developed by Lucasfilm Games (later LucasArts) and released in 1990. Created by now industry legends Ron Gilbert, Tim Schafer, and Dave Grossman. A game that has lived on the hearts of many with its fantastic pirate charm, brilliant characters, challenging yet enjoyable puzzles, and a story set in a fictional version of the Caribbean during the age of piracy… Just saying the name “Guybrush Threepwood” would set most Adventure fans into a frenzy. Well for those of you who remember that amazing game and Monkey Island 2: LeChuck’s Revenge, will be pleased to know as of today ‘Return to Monkey Island’ has just been announced for 2022!

Return to Monkey Island is being developed by Gilbert’s Terrible Toybox studio, in collaboration with Devolver Digital and Lucasfilm Games, the legendary studio label resurrected by Disney in early 2021. Although details are sparse at this stage, from the look of the trailer above this game is sure to excite many who are not only fans of the Adventure genre, but who have loved The Secret of Monkey Island all those years ago on the Amiga, PC or other! Seriously we can’t wait when it’s released this year!