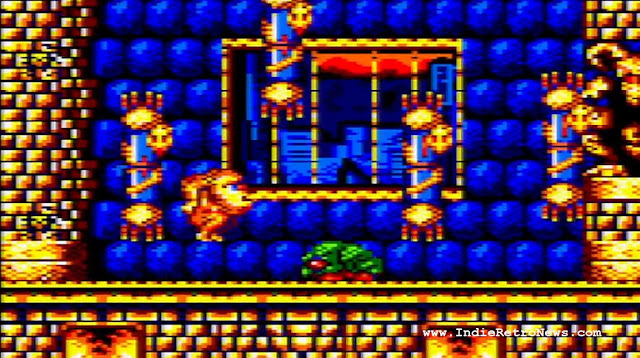 The Amstrad has really set the bar high for 8bit developed games over the years, with incredible releases such as Pinball Dreams, Ghosts ‘n Goblins (Preview), Red Sunset, Los Amores de Brunilda, Siemb Chronicles: Arkos the Traitor, and even The Abduction of Oscar Z. Thankfully there’s plenty more games to come if you have an Amstrad CPC, as XeNoMoRPH was kind enough to tell us that Amstrad GGP have released the final trailer for the upcoming Arcade like conversion of the hit game Toki!

Toki was originally designed by Akira Sakuma who designed a game with an enhanced Ape transformed from a Human that could shoot energy balls from his mouth defeating strange creatures to defeat an evil Wizard. This game that came to the NES, Sega Mega Drive, Atari Lynx, Atari ST, Amiga and Commodore 64 but for the first time ever will also be coming to the Amstrad via GGP. A game that will feature high quality details, smooth scrolling(hopefully), and all the arcade action you could want in an Arcade like conversion. Seriously this is one game I am eager to play when it appears at some point towards October!